A New will complain Trait

Long time no see, my dear reader! I was planning a lot for this blog, as well as for the Advanced Raku For Beginners series. But you know what they say: wanna make the God laugh – tell him your plans!

Anyway, there is one tradition I should try to maintain however hard the times are: whenever I introduce something new into the Raku language an update has to be published. No exception this time.

So, welcome a new will complain trait!

The idea of it came to be from discussion about a PR by @lizmat. The implementation as such could have taken less time would I be less busy lately. Anyway, at the moment when I’m typing these lines PR#4861 is undergoing CI testing and as soon as it is completed it will be merged into the master. But even after that the trait will not be immediately available as I consider it rather an experimental feature. Thus use experimental :will-complain; will be required to make use of it.

The actual syntax is very simple:

The <declaration> is anything what could result in a type check exception thrown. I tried to cover all such cases, but not sure if something hasn’t been left behind. See the sections below.

<code> can be any Code object which will receive a single argument: the value which didn’t pass the type check. The code must return a string to be included into exception message. Something stringifiable would also do.

Basically, any type object can get the trait except for composables, i.e. – roles. This is because there is no unambiguous way to chose the particular complain block to be used when a type check fails:

There are some cases when the ambiguity is pre-resolved, like my R[Int] $v;, but I’m not ready to get into these details yet.

A variable could have specific meaning. Some like to use our to configure modules (my heavily multi-threaded soul is grumbling, but we’re tolerant to people’s mistakes, aren’t we?). Therefore providing them with a way to produce less cryptic error messages is certainly for better than for worse:

And why not to help yourself with a little luxury of easing debugging when an assignment fails:

The trait works with hashes and arrays too, except that it is applied not to the actual hash or array object but to its values. Therefore it really only makes sense for their typed variants:

Also note that this wouldn’t work for hashes with typed keys when a key of wrong type is used. But it doesn’t mean there is no solution:

By this time all CI has passed with no errors and I have merged the PR.

You all are likely to know about the Russia’s war in Ukraine. Some of you know that Ukraine is my homeland. What I never told is that since the first days of the invasion we (my family) are trying to help our friends back there who fight against the aggressor. By ‘fight’ I mean it, they’re literally at the front lines. Unfortunately, our resources are not limitless. Therefore I would like to ask for any donations you could make by using the QR code below.

I’m not asking this for myself. I didn’t even think of this when I started this post. I never took a single penny for whatever I was doing for the Raku language. Even more, I was avoiding applying for any grants because it was always like “somebody would have better use for them”.

But this time I’m asking because any help to Ukrainian militaries means saving lives, both theirs and the people they protect. 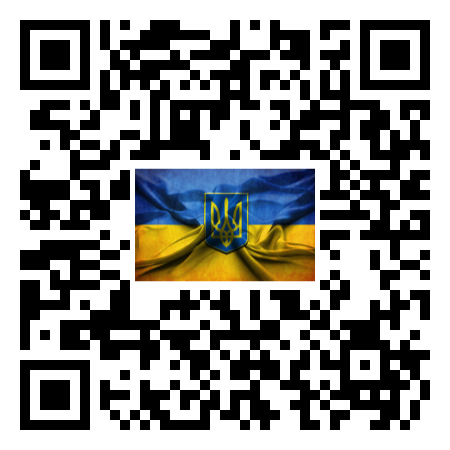 You May Also Enjoy

Did you know that …

Let’s assume we have a type with multi-component name, like: class Foo::Bar { } And there is another class Baz for which we want it to be coercible into F...

He Tested Many Locks. See What Happened Then!

These clickbaiting titles are so horrible, I couldn’t stand mocking them! But at least mine speaks truth. My recent tasks are spinning around concurrency in...

First of all, I’d like to apologize for all the errors in this post. I just haven’t got time to properly proof-read it. A while ago I was trying to fix a pr...

There was an interesting discussion on IRC today. In brief, it was about exposing one’s database structures over API and security implications of this approa...